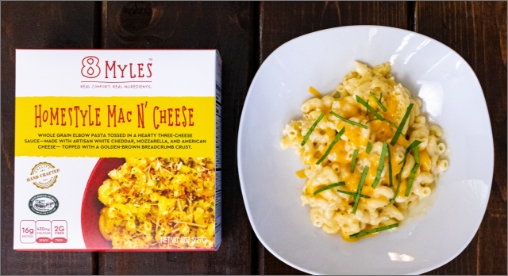 It goes without saying that consumer packaged goods (CPG) play a large role at Union Kitchen. Our stores are full of Accelerator Brands who have built successful businesses through CPGs. Yet most of us take food-safe packaged products for granted. We simply use the CPGs and then throw them away without thinking twice about it. We’re here to say that CPGs are more than just boxed food! They are a radically innovative way for humans to consume food that helped usher in an age of urbanization and industrialization.

In this series of Union Kitchen guides on CPGs, we will explore the history of consumer packaged goods, how they came to be, and how they changed the American lifestyle.

Before discussing the history of packaged goods, we need to define CPG. While consumer packaged goods come in all different shapes, sizes, and products, they all share several key characteristics.

When a producer looks to sell their product as a packaged good, they aim to produce large quantities of it. They will then make their product readily available in stores and sell it to a multitude of consumers. It’s a game of extensive distribution, low contributing margins, and high inventory turn. This sounds a lot more complicated than it actually is. Let’s use an example to clarify:

Baker John has made a good amount of money selling cookies out of his bakery and at the local market. It’s been doing well, but now he wants to expand his product’s reach. It is completely infeasible for him to open up new bakeries in new locations scattered around the country. That would be incredibly expensive, time consuming, and he would still be restricted to the radius of a given bakery. Instead, John convinces local stores to stock his cookies and sell them for him. With this problem solved, he turns his attention to mass producing his cookies to keep up with the demand. After investing in the necessary equipment, John bakes large quantities of them at his bakery. He then wraps them in plastic wrap, places them in a specially marked box, and ships them off. As his business grows, John is able to invest in better equipment that makes it even easier to make and package his cookies. He starts to work with distributors that manage the logistics of getting his product from his bakery to stores for him.

For the consumers, meanwhile, John’s decision to package his cookies means an easy addition to their weekly grocery list - instead of having to plan a special trip to his bakery. In the mood for some Baker John Cookies? Head to the store and buy a pack.

If this all sounds familiar, it’s probably because you’ve seen it play out countless times. In the modern world, we’ve gotten so used to buying packaged food that most of us don't think anything of it as we do it. It’s worth noting, though, that this hasn’t always been the case. In fact, it’s a relatively new invention. Yet in that short time, it has revolutionized the way we consume food.

Join us next time, when we will discuss life before CPGs.