The History of Coca-Cola 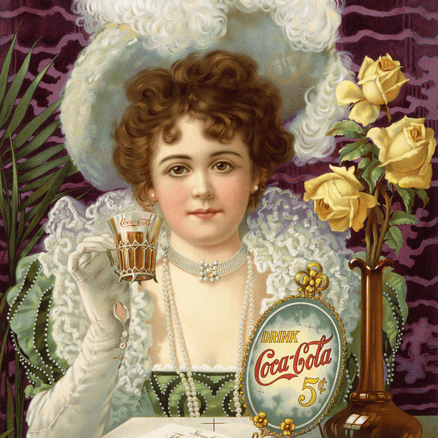 Similar to a search for food, people in the fast-developing cities around the U.S. found it difficult to find medicine that they could trust.

As part of Union Kitchen’s series of guides on CPGs, we will be looking at how this need for medicine inadvertently led to the rise of Georgia’s most iconic soft beverage.

With no laws around to regulate claims on labels, many took advantage of the consumer’s need for medicine by offering something known as quick patent medicines. These were amateurly crafted concoctions marketed by people claiming to be medical professionals. In fact, these patents were usually ineffective and even potentially dangerous. Nevertheless, this did little to stop people from making, selling, and buying them.

Down in Georgia in 1886, injured Civil War veteran and opioid addict John Stith Pemberton was looking for a cure for his addiction. Drawing inspiration from Vin Mariani, a French cocktail consisting of cocaine and wine, John unveiled his “Pemberton’s French Wine Coca,” a potent mixture of cocaine, alcohol, and other ingredients. Ironically, as Pemberton was working on his mixture, Atlanta was headed in the other direction, becoming a dry city in 1886. This led John to remove the alcoholic contents and unveil his alcohol-free Coca-Cola drink that same year.

Marketed as a “temperance drink,” Pemberton described his beverage as a brain tonic that would make people more intelligent. The marketing worked, and Pemberaton’s new beverage quickly became popular among the wealthy Georgian elite.

Coca-Cola would really take off, however, in 1888, after the company’s purchase by banker and real-estate agent Asa Candler. Asa changed courses from Pemberton’s previous brand positioning. He removed the cocaine, but kept the caffeine. Also, rather than portray it as a health tonic, Asa marketed Coca-Cola as a soft drink, greatly expanding Coca-Cola’s market.

As the size of the company expanded, Asa invested extensively in infrastructure. In 1906, Asa constructed the Candler Building, which became the tallest building in Atlanta, to house the bank and headquarters of the company. Coca-Cola would continue to expand, becoming the cultural giant we know today.

Join us next time, as we observe the rise of America's favorite dessert: Chocolate.