The Chocolate Wars: Hershey vs Mars 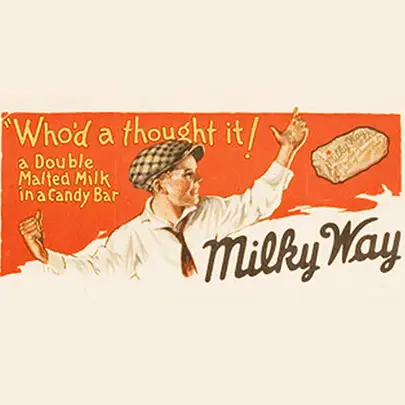 While most of us think of business competition as two completely separate entities duking it out for market supremacy, the situation was a bit more complicated for Hershey’s Chocolate. Their fiercest competitor would come from Mars Incorporated, a company that they ironically helped build up in what started as a symbiotic relationship.

In 1923, Frank Mars, founder of Mars Inc., turned to Willie Murie, President of Hershey Corporation, for help. Looking to develop the Milky Way bar, Frank asked Willie to supply him with the necessary chocolate. As Mars Inc. was just a regional company operating out of Minneapolis, Minnesota, at that time, Willie agreed, seeing Mars as nothing more than a customer. Unbeknownst to both Frank and Willie, the Milky Way bar would soon become a smashing success and would catapult Mars near the top of the market. The two chocolate giants soon became fierce competitors at the national level. Nevertheless, Hershey continued to supply Mars Inc. its chocolate. While the two chocolate companies would compete for consumers, Hersey gained significant revenue from Mars Inc. continued purchase of Hershey’s chocolate. This bitter partnership would continue to the 1930s. After this split, Mars Inc. vowed to overtake Hershey as the king of chocolate.

What followed was decades of vitriolic competition that had the two company’s going tit for tat. To compete with Mars’ Milky Way, Hershey unveiled Mr. Goodbar, a chocolate bar filled with roasted peanuts. Mars, in turn, unveiled Snickers, which was essentially the Milky Way but with peanuts, and 3 Musketeers.

This competition wouldn’t remain limited to the world of chocolate. Soon, the two companies directly involved themselves in current events. With military tensions rising during the late 1930s, US Army Captain Paul Logan asked Hershey in April of 1937 to develop a heat-resistant chocolate bar that could supply high energy amounts. The result was the Ration D Bar. The bar was bitter, paste-like, and chalky. Nevertheless, the 600-calorie, heat-resistant bar was rationed out to the troops, and Hershey was contracted by the US government to produce nearly 24 million a week.

Not to be outdone by their archrivals, Mars Inc. also unveiled its own take on heat-resistant chocolate. Known as M&Ms, Mars coated chocolate in a protective shell, which raised the melting point of the chocolate inside. Quickly proving popular with the troops, M&MS enjoyed far more staying power than its Ration D Bar competitor.

During the 90s, the competition between these two companies became so bitter that it nearly went to court. Like during WWII, the US government contacted Hershey to create a bar that could survive the heat. The result was the fudge-like Desert Bar. Unfortunately for Hershey, the bar once again did not catch on with the troops, who often instead asked for Mars chocolate. Following the Persian Gulf War, the Pentagon contacted Mars about making its own melting-proof chocolate.

This infuriated Hershey, who soon leveled accusations of exceeding FDA sugar allowance at Mars. General Counsel of Mars, Edward J. Stegemann, in turn, threatened to sue Hershey for defamation. Now engaged in a Chocolate Cold War, Hershey prepared its own product misrepresentation counter-suite. Ultimately, the two companies never went through with their lawsuits, seeing as mutually assured destruction. Nevertheless, the rivalry, which helped breed advancements and innovation in chocolate, between these companies remains bitter to this day.

While competitions like this tend not to be good for those involved, or their blood pressure, the American consumer benefits heavily. Many of our favorite candies, like the Three Musketeers and Mr. Goodbar, would never have come to fruition without this rivalry. Meanwhile, the technologies spurred on by this “chocolate wars” are nothing less than miraculous. An M&M, for example, is a much underappreciated piece of innovation. It is very hard to get chocolate to not melt. The fact that Mars was able to do this while keeping everything edible is nothing less than astounding.

Join us next time, as we learn how an eccentric doctor inadvertently changed breakfast forever.