Freezers: The Arctic in a Box 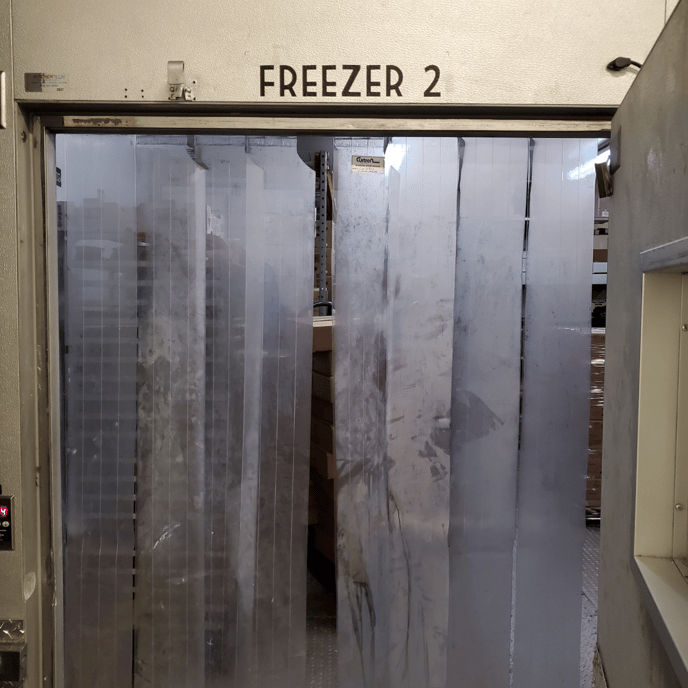 Most of us don’t think twice about using our freezers and refrigerators to preserve our food. We really should, though, as it took a lot of innovation to get to this point. Refrigeration is an amazing piece of technology that has only been readily available for the past seventy years. In this short time though, these on-demand cold boxes have revolutionized the food preservation process.

In this Union Kitchen guide, we’ll take a deeper look into the process of freezing as a food preservation technique. Looking at its science, the process, and the history, you’ll gain a greater appreciation for what it took just to keep our ice cream cold.

In a previous guide, we discussed how disease can spoil food and cause people to get sick. Organisms and enzymes that cause food spoilage thrive in settings with temperatures ranging from 40 degrees to 140 degrees Fahrenheit. This is known as the Danger Zone. We’ve all seen bananas go from ripe to rotting in just a few days. This is due to the banana being overrun by spoilage organisms. While freezing doesn’t kill the bacteria (you’ll need to cook the food to do that), it does render them inactive and slows down their growth. The organisms and enzymes simply can’t properly function and reproduce in colder environments. This enables the food to stay safe for a much longer period of time. Leave a banana out in the sun for a few days and leave one in the fridge. The banana left out in the sun will be riddled with brown spots, while the one in the fridge remains ready to eat.

How to Properly Freeze Food

While many might be tempted to throw food in the freeze or fridge and call it a day, there are actually proper freezing techniques that will optimize the food preservation. Please note that every bit of food is unique and has its own rules for refrigeration. These are general guidelines, but do further research on your food item to get the best results.

The History of Refrigeration and the Frozen Food Industry

While various groups, such as the Inuits of Northern Canada, have been using cold environments to freeze food for millennia, the modern concept of refrigeration was only invented in the early-to-mid twentieth century. Before this, freezers were usually giant rooms that used salt and ice to freeze food. Unfortunately, these were rather large, slow, rudimentary, and not readily available. Because of this, most shops simply didn’t carry frozen food. Additionally, as food freezes, ice crystals can form and expand in the food. Once it thaws, the crystals retreat, leaving a soggy mess in their place. Meaning that, even if you were lucky enough to have a large ice room, chances are the food wouldn’t be particularly good once dethawed.

In the 1910s, Clarence Birdseye, an American entrepreneur, had an epiphany while living with the Inuit people of Arctic Canada. Observing the Inuits ice fishing, Birdseyes noticed that fish would freeze very quickly after being caught. This quick freeze prevented the large, destructive ice crystals from forming, meaning the fish would remain good after being dethawed. Inspired, Birdseye invented a machine that would press food in between two frozen plates, freezing the food quickly. Once packaged, the item would be ready to sell. Thus the frozen food industry was born.

Decades later during the 1950s, commercially viable refrigerators began to appear on the market. This greatly expanded the frozen food market. Over the course of the century, the market would continue this growth, becoming the behemoth it is today.

In this guide, we discussed the science, the proper technique, and the history of refrigeration. While you probably were already on board with keeping your perishables properly stored in cooler environments, this guide hopefully shed some light on why exactly we do this.